Not one thing did I attain, said the Buddha
(per Zen tradition) by realization.

When the illusory bubble over the drop soul bursts,
there is (apparently) no change at all – to drop or Ocean.

You have to get rid of I, me, my and mine, said Meher.
That doesn’t mean become less selfish.

as nonexistent as the illusion that surrounds us.
God alone is Real, Meher said – which means we are not.

Or to put it another way – not we but One.
And when we realize That

nothing is different from what it was
because we never really were at all.

O child of God, one great attribute of God
is that He never changes. 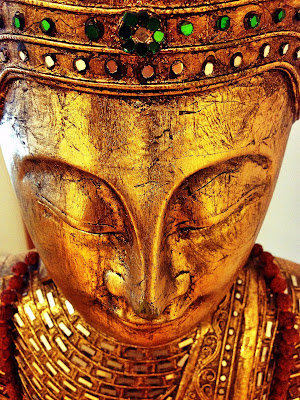 Posted by Brian Darnell at 1:05 PM