We build our life as a settlement on the rocks
praying to be not uprooted and swept away.

Later, it’s more like a drenching in the river’s flux,
attached to our various buoyant debris

until comes the prompting to hold onto nothing
but the river running through our fingers,

abandoning the vestigial illusions of our sedentariness.
Ultimately letting go the idea entirely

of river life as we get a whiff
of the beyond-conception, shoreless sea.

O child of God, your bread has been cast
with little time left for its returning. 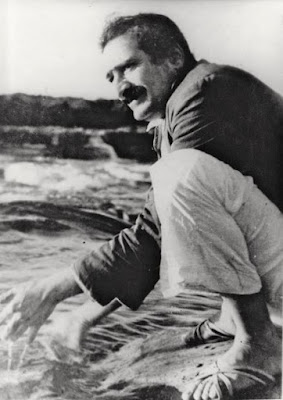 Posted by Brian Darnell at 8:03 AM