Inside a cage of bones, the brash parrot
waddles on its perch, a voluble green flame
shrieking and squalling, much to the delight of some
and to others, dismay, for so addled
and vulgar a creature to be declaiming,
in shrill mimicry, the Master’s wisdom.
But, those who consider the parrot’s words
mere exploitation, fail to grasp the true stature
of its wee, clamoring heart
which, from the first encounter, registered
the import and majesty of the Master’s words
and forthwith caught fire, dedicating
its rather ludicrous, inadequate
apparatus of being to the continuous praise
and celebration of the Master’s perfect Truth
to anyone who will listen.  The particulars
the parrot may not fathom but the great gist
of the tale, its heart knows and owns and tirelessly repeats.
O child of God, speak with the impeccable authority
of your own unshakable faith in Meher Baba. 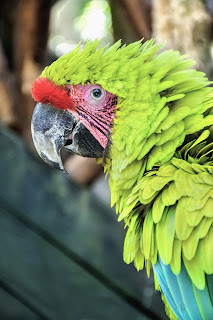 Posted by Brian Darnell at 11:16 AM No comments:

An angel-less God
Into the snowdrift I fall backwards
to make an angel, but
gazing into an endless sky –
the stars’ glitter,
the moon’s silent shifting,
cold earth against at my back,
I feel suddenly under the thumb
of an angel-less God,
overwhelmed by the travails
and duration of my soul’s exile
and how many more
arduous journey’s stretch before me
‘til the promised quenching,
rest and reunion.  Then,

You hoist me to my feet.
God’s shape, You say, is this shape –
pointing to the impression
my body has left in the snow.
O pilgrim!  Our portion of infinity
spans but fingertip to fingertip;

the duration of our vigil measured
by the heart's brief, pattering flurry.

Union may be far away but, God is close at hand --
nearer than our own clouded breaths.
O child of God, surely angels hover everywhere
in the realm of Benevolence Eternal. 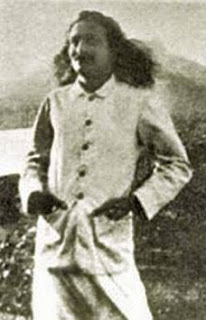 Posted by Brian Darnell at 10:41 AM No comments:

Mehera asked, years ago, why You chose
so barren a place for Your ashram
(and Your Tomb) ... landscape of dust
and thorns; scorpions, cobras and kraits.
Then, My lovers, You said,
will come only for Me ... nothing else.
These days, You’ve turned
much of my world into dust and thorns --
a bleak, prickly terrain
devoid of sustenance and satiation,
rife with scrapes, stings and venom,
so that each day, I show up ... only for You
and when side-tracked, return ... only to You,
as the friendly ground shrivels
and the periphery grows wilder,
more and more, finding grace
in the isolation and disparity,
in eccentricity, disillusionment and despair.
O child of God, rejoice when your life becomes a Tomb
in the desolate region of a strange land. 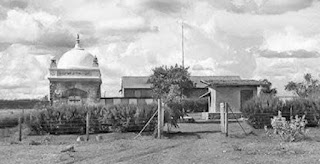 Posted by Brian Darnell at 11:26 AM No comments:

You told the story of an innocent woman
accused of adultery –
tied to a post in the marketplace,
everyone who passed required by law
to cast a stone or some filth upon her ...
which she endured with a noble dignity;
her daughter was brought forth, throwing
not a stone nor filth but, a simple rose ...
and the mother shrieking in agony
as it brushed her cheek.
Let he who is without sin cast the first stone,
You told the crowd in another marketplace.
You, of course, could have cast that stone,
but You have come down, bound Yourself
among the stones and filth
of our marketplaces to endure unjustly
the fateful punishments of being human
and to weigh in Your innocent hands
the culpability of each stone-and-rose-wielding
patron, each laboring, fearful heart.
O child of God, the Beloved is ever merciful.
Protect Him from the bruising rose of your infidelity. 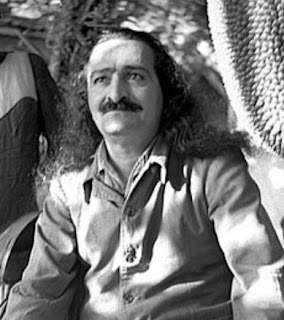 Posted by Brian Darnell at 7:25 PM No comments:

Subscribe to email list to receive new poems as they are posted by contacting me at briandarnell@juno.com